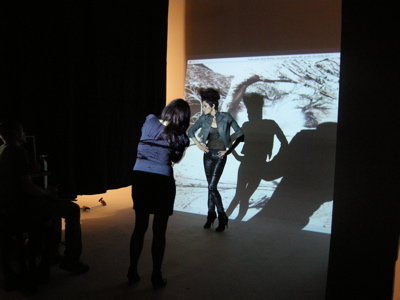 The final photos will appear in a special book published by Flaunt and BOXeight.

The party continues tomorrow, but, in the meantime, here are a few behind-the-scenes shots from the night.