Last night, the fashion flock headed back downtown for day three of BOXeight Fashion Week’s photo installations. (Actually, for those who turned out for the opening-night party last Thursday, it was day four at BOXeight—but who’s counting?)

The evening included shoots featuring Jerell Scott (shot by Peter Gurnz), Michael Costello (shot by Kenneth Sweeney), Linda Antica (shot by Ben Cope), Kucoon (shot by Daniel Jung) and 2013 (shot by Mark Sacro). Costello, who recreated the decor of his Palm Springs boutique for his shoot, brought along a few celebs—Traci Bingham and Tamra Barney, from “the Real Housewives of Orange County”—and his own “step-and-repeat” backdrop.

And 2013 brought along a pair of aerialists to model alongside the pros for their photo shoot. Sadly, my camera battery gave out before they took to the air. 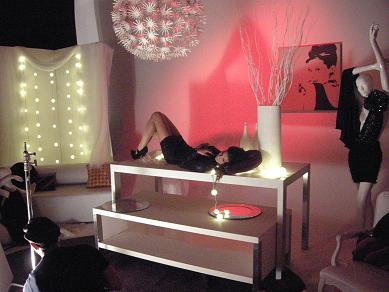 For his shoot, Michael Costello recreated the look of his Palm Springs boutique 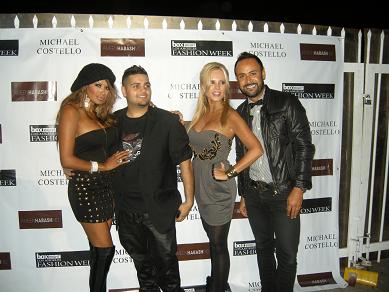 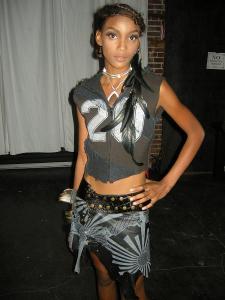