Did you catch the recent interview with fashion designer-turned-filmmaker Tom Ford on NPR show Fresh Air? Host Terry Gross talked to Ford about his new (first!) film “A Single Man” and his career in fashion.

Ford describes the extremely detailed thinking behind the lead characters—and their wardrobes—in “A Single Man.” He includes an entertaining anecdote about hiring a well-known actor for an uncredited voice-over in the film. There’s an especially insightful (an a bit squirm-inducing) segment in which Gross describes some of Ford’s more controversial advertisements for Gucci. To his credit, the designer/filmmaker maintains his nonchalant cool throughout.

You can download the podcast here. The transcript is here. 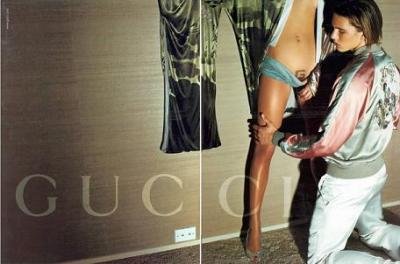 Tom Ford’s 2003 ad for Gucci was all about branding