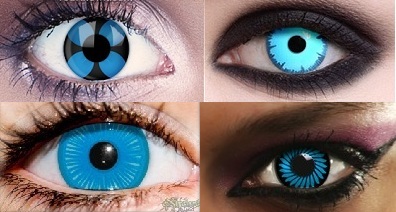 It’s not a recessive genetic trait, it’s a trend.

An entertainment lawyer-turned-doctor has developed and patented a procedure to turn brown eyes blue—and unlike the colored contacts pictured above, the change is permanent.

Apparently the 20-second procedure—laser, of course—changes the surface pigment, but has no impact on eyesight.

Hat tip to PopSci for sending me to the BBC, where Dr. Gregg Homer told a reporter he landed the first patent for the procedure in 2001 and began testing it on animals in 2004. From there, he tested the procedure on cadavers. Last year, Homer set up shop in Mexico, where, “from a regulatory perspective it is easier,” he told the BBC.

The procedure isn’t available yet in the United States. I suppose you could always hop over the border to turn your brown eyes blue. Of course, you might run into some problems at passport control on your return.