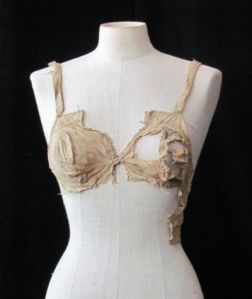 Archeologists in Austria have discovered four bras thought to be 600 years old.

The bras, made from linen, were found in an Austrian castle and the discovery has lingerie archeologists flummoxed because it’s been assumed that the brassiere, as we know it, was created about 100 years ago.

But that’s not all. According to the Associated Press, archeologists discovered more than 2,700 textile fragments–“some linen, other linen combined with cotton”—at Lemberg Castle in Tyrol. In addition to the bras, linen underwear was also discovered, but according to Beatrix Nutz, the archaeologist “responsible for the discovery,” this was no matched bra and panty set, the linen underwear were men’s. In fact, according to Nutz, underwear in the middle ages was strictly for men.

“Underpants were considered a symbol of male dominance and power,” she said, in the AP story. 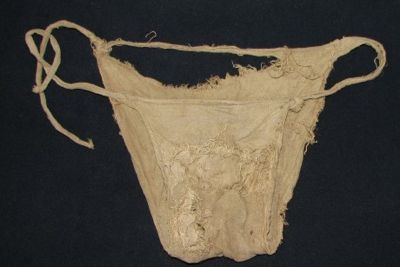 The Associated Press’ George Jahn takes that idea a step further, noting “Medieval drawings often show a man and a woman fighting for a pair of underpants in a symbolic battle to see who “wears the trousers” in the family.”