More than two years after hard rock band Kiss struck a deal with licensing queen nonpareil Hello Kitty for the Kiss x Hello Kittycollection of apparel, accessories and gifts, comes the news that this dream team is heading to cable.

Children’s cable channel The Hub Network is working on a new animated series tentatively titled “Kiss Hello Kitty,” which will feature the pop culture icon (I’m talking about Hello Kitty, here) and friends “living their rock ‘n’ roll dreams and bringing pink anarchy to every situation they are in.”

Kiss frontman Gene Simmons is an executive producer on the show, which will be produced by Kiss Catalogue Ltd. and Sanrio, owner and creator of Hello Kitty.

Kiss guitarist Paul Stanley described the project as bringing “the ‘Kiss Hello Kitty’ juggernaut to yet another generation,” promising “family appeal while keeping its brash and nurturing individuation.”

If you think this idea sounds a little nutty (and maybe a little genius), you’re not alone.

Roberto Lanzi , operating officer of Sanrio Co. Ltd., said “The idea sounded crazy in the beginning, but Gene and Paul are not only rock icons, they are incredible creative minds who were soon able to see a future success. Actually they are huge fans of Hello Kitty and now great friends of Sanrio.”

The release doesn’t say how long Simmons and Stanley have been Hello Kitty fans, but the ubiquitous Kitty launched in 1974….the same year Kiss released its eponymous debut record. 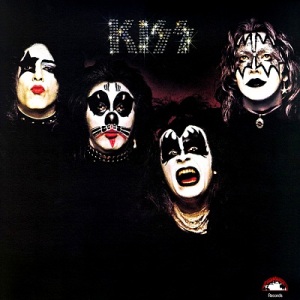