Want to know what you’ll be wearing in 2154? According the Sony Pictures film“Elysium,” that depends on your zipcode.

If you’re lucky enough to be on the swank space station orbiting a ruined Earth, you might be wearing simple tailored pieces in white or silver like Jodie Foster’s “Secretary Delacourt” character. Sure, it’s a little mother-of-the-bride, but at least it’s clean.

Matt Damon’s character Max and his cohorts are not lucky. Stuck doing the drudge work back on terra firma, they make do with T-shirts and coveralls, occasionally accessorized in high-tech artillery.

The reviews for new sci-fi film “Elysium” are lackluster, but that probably won’t stop me from seeing it anyway. I need to start planning my 22nd-century wardrobe. 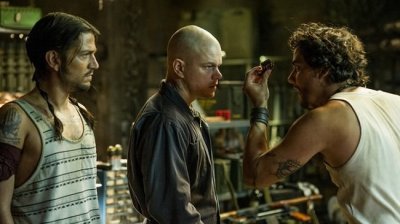 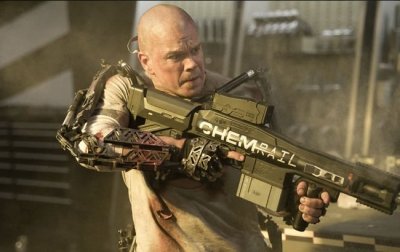 Want more sci fi fashion? The Guardian has a nifty little piece about the impact of science fiction on fashion.

Fortunately we bypassed the pinup launch techs of Georges Méliès’ 1905 silent “A Trip to the Moon” and current astronaut uniforms are, sadly, less glam than the sci-fi fantasy couture of 1968’s “Barbarella.”

First published at ApparelNews.net on August 9, 2013